About the Seven Sisters waterfalls

The Seven Sisters waterfalls with a total height of over 400 meters are located in Norway's Geirangefjord. The maximum free falling  height is around 250 meters.

The waterfalls are fed by two major parent flows which have their water from 1,400 to 1,600 meters high mountains. In dry and warm spring and summer months only four of the seven waterfalls can be seen.

In 2005 Geirangerfjord was enlisted as UNESCO world nature heritage including the Seven Sisters waterfall.

Caution, possibility of confusion: There are also mountains called "Seven Sisters" which are located in far away Nordland. Both attractions are totally different places. But also there is a legend how these came into being.

The legend: A love story, a drama and a rumour

Like in Hollywood the second part of the legend - obviously newer - is not such a beautiful love story, more a personal drama. It just tells that unsuccessful Friaren was starting to drink alcohol to cope his with pain not to reach the sisters. Therefore the waterfall looks like a bottle. Well, it actually does but I think that there could have been much nicer stories around that phenomenon.

An even newer rumour gives a more today like explanation why in summer not all seven falls can be seen: They are working so hard in spring to look good for the tourists that a few needed to leave for a summer break.

Tips how to see the waterfalls 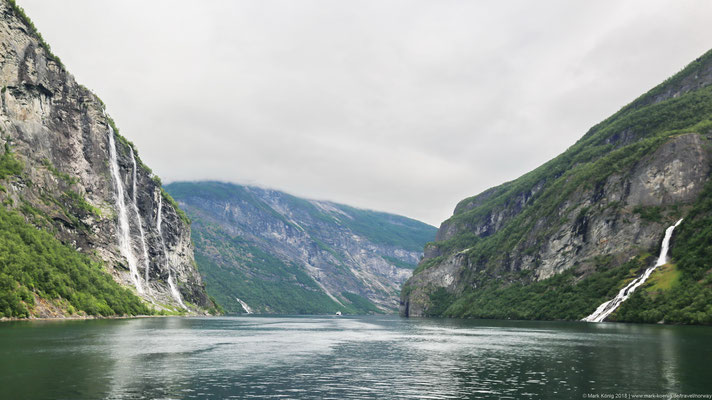 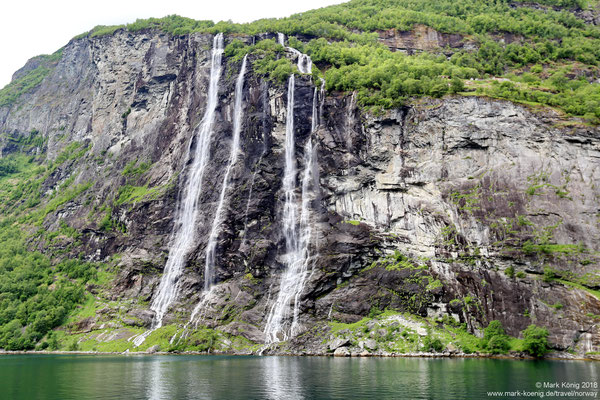 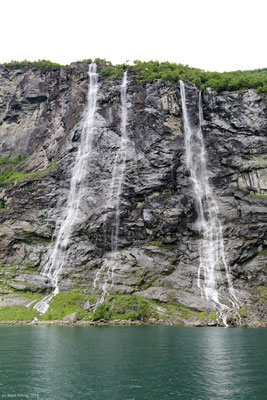 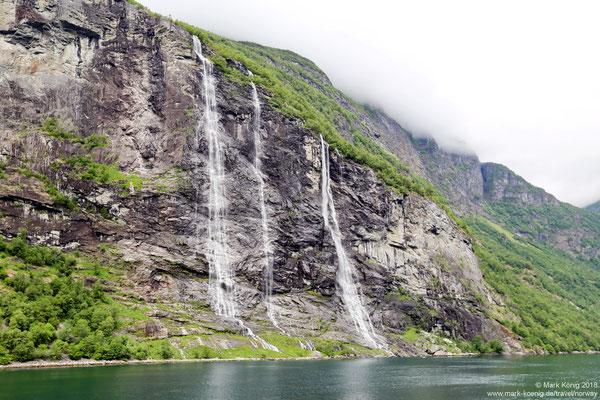 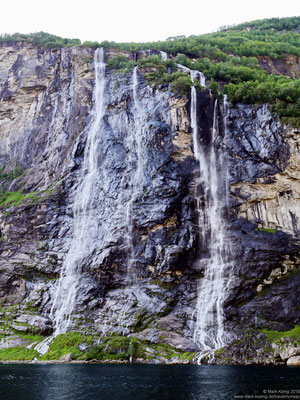 The Seven Sisters waterfalls are typical "ladies" - or today you would say beauty queens. They look very different at different seasons, days, weathers and even daytimes (depending on sun stand and / or cloud situation). The good news is that they always look very impressive and beautiful - and that since decades and likely even since centuries.

Some tips for a good experience: